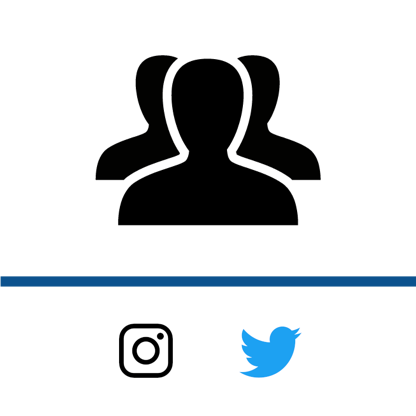 DETAILS
Incorrect: Most of the children affected by hepatitis didn't receive the COVID-19 vaccine. The adenovirus that has been associated with most of the cases is different from the adenoviral vectors used in some COVID-19 vaccines.
Inaccurate: While infection by an adenovirus is one of the hypothesized causes of these cases, the actual cause of the hepatitis cases in children remains unconfirmed.
KEY TAKE AWAY

Since October 2021, almost 200 cases of a severe acute hepatitis of unknown origin have been detected in young children from several European countries and in the U.S. One of the disease’s most striking features is its unusual severity, with 10% of the cases requiring liver transplantation. The leading hypothesis so far is that an adenovirus infection is causing or contributing to the disease, but health authorities are continuing to investigate other potential causes, including exposure to a toxic agent or infection by a novel pathogen.

FULL CLAIM: “Kids are getting hepatitis. It’s being caused by an adenovirus. J&J had an adenovirus vector. Couldn’t possibly be related”

On 15 April 2022, the WHO issued a multi-country alert about an increase in cases of severe acute hepatitis (inflammation of the liver) of unknown origin in previously healthy children. The severity of the cases was striking for being uncommon in children. The first notified cases involved ten children aged 11 months to five years old in the U.K., with the first case dating back to January 2022. As of April 2022, the U.S. and 11 European countries had reported at least 169 cases in children aged one month to 16 years old and at least one death. Almost 70% (114) of the cases reported so far are in the U.K.

However, social media posts insinuating a link between these unusual cases of hepatitis and the COVID-19 vaccine shortly followed the publication of these reports (examples here and here). For example, this tweet in particular associated the hepatitis cases to the Johnson and Johnson COVID-19 vaccine by stating that the hepatitis was “caused by an adenovirus” and “J&J had an adenovirus vector”. Another post on Instagram that shared the tweet claimed that “it is every healthcare providers [sic] duty to assume it is related”.

However, this assumption is incorrect for several reasons that we explain below. In brief, these reasons are: firstly, most of the affected children didn’t receive the COVID-19 vaccine. Second, while an adenovirus infection is one possible hypothesis, it hasn’t been confirmed as the cause of the disease. Finally, the adenovirus associated with many of the hepatitis cases in children is different from those used in the adenoviral-based COVID-19 vaccines.

These cases of pediatric hepatitis are concerning because of the severity of the symptoms and their unknown origin.

Although the cause of the disease remains unknown, latest reports from the U.K. Health Security Agency (UKHSA) state that there is “no link” to the COVID-19 vaccines. The earliest known cases were five children hospitalized in the U.S. state of Alabama in October 2021, around one month before the rollout of COVID-19 vaccines in children. As of 25 April 2022, the UKHSA found that among the confirmed cases in the UK, which make up almost 70% of all cases worldwide, none had received a COVID-19 vaccine.

In fact, the cases of hepatitis occurred predominantly in children under the age of five, which means they aren’t eligible for vaccination with any of the available COVID-19 vaccines. This includes the Johnson and Johnson COVID-19 vaccine, which is only authorized for people aged 18 and older. The only COVID-19 vaccines that children can receive are the pediatric vaccines from Pfizer and BioNTech in the U.S.; in the European Union, both the Pfizer-BioNTech and the Moderna vaccine are authorized for children. Neither of these vaccines uses an adenoviral vector; both are based on mRNA technology.

Laboratory analyses excluded infection with the hepatitis viruses A, B, C, D, and E, ruling out one of the most common causes of hepatitis in children. Less frequently, liver inflammation can also be due to other causes, including genetic disorders, autoimmune diseases, or exposure to toxins. However, all the affected children were apparently healthy before the diagnosis. UK health authorities also reported no evidence of any common exposure to a potentially toxic agent through medication, food or water, traveling, contact with animals, and parental occupation.

However, further laboratory testing for other possible viral infections revealed that around 75% of the cases were positive for infection with the adenovirus type F41[2]. There are at least 49 different types of adenoviruses that can infect humans, and the type F41 is different from those used to develop the adenoviral COVID-19 vaccines. The Johnson and Johnson COVID-19 vaccine, which is the only adenoviral vaccine authorized in the U.S., uses a modified version of adenovirus 26 that causes the common cold in humans. The Oxford-AstraZeneca COVID-19 vaccine authorized in the European Union uses a modified version of the adenoviral vector ChAdOx1 that causes the common cold in chimpanzees.

Furthermore, the adenoviral vectors used in these COVID-19 vaccines are modified versions that are replication-incompetent. That means that they are unable to multiply and cause an infection in vaccine recipients or be transmitted to other people.

The above evidence shows that COVID-19 vaccines aren’t the cause of these cases of hepatitis in children, since the vast majority of them didn’t receive the vaccine and the adenovirus vector used in some COVID-19 vaccines is unrelated to that found in affected children.

Adenovirus infection hasn’t been confirmed as cause of hepatitis in children yet; the cause remains unknown

While an adenoviral infection is one of the leading hypotheses to explain the cases of hepatitis in children, several issues raise doubts about whether it is the definite cause. One of them is that it can’t explain the 25% of the cases that tested negative for this virus.

More importantly, the hypothesis of an adenoviral infection wouldn’t explain the severity of the symptoms. Common symptoms of this new form of hepatitis in children included gastrointestinal problems, vomiting, and yellowing of the skin and the eyes (jaundice). All the cases had elevated blood levels of liver enzymes known as transaminases, which indicates liver cell damage. Around 10% of the cases required liver transplantation, which “in this age group [is] extremely rare”, explained UKHSA’s chief medical advisor Susan Hopkins to the BBC.

Adenoviral infections are quite common in children, but typically cause mild respiratory and gastrointestinal symptoms[3]. While adenoviruses can occasionally cause hepatitis, this is extremely infrequent and mostly limited to immunocompromised people[4,5].

The UKHSA has proposed two main working hypotheses that might cause an adenovirus to behave differently than it usually does. The first is that this is due to a novel strain of adenovirus that causes more severe disease. The second one is that an additional factor is at play that increases children’s susceptibility to the infection, such as reduced exposure to infections during the pandemic, a prior infection or a co-infection with another infectious agent, or simultaneous exposure to an unknown toxin.

Alternatively, the UKHSA proposes other possible scenarios, including (from the most to the least likely) infection with a novel pathogen, exposure to a toxic agent, or infection with a new unidentified SARS-CoV-2 variant.

This article published by the website The Exposé, claimed that a new study provided evidence that COVID-19 vaccines could cause hepatitis and might be behind the cases in children. The study was published in the Journal of Hepatology on 20 April 2022, and reported a possible case of mRNA COVID-19 vaccine-induced hepatitis in a 52-year-old man, who recovered quickly after immunosuppressive treatment[6].

However, linking this study to the cases of hepatitis in children, as the article by the Exposé did, is incorrect. The authors of the study explicitly stated that while the hepatitis could potentially be explained by the body’s response to vaccination, the few reported cases so far “may represent coincidence” because they had “age and gender characteristics typical for spontaneous [autoimmune hepatitis]”. In other words, the cases so far were observed in people who were already predisposed towards developing such a form of hepatitis. More importantly, as explained above, the cases of severe acute hepatitis recently reported were mostly in unvaccinated children.

Claims that this new form of hepatitis in children is directly or indirectly caused by COVID-19 vaccines aren’t supported by evidence. Most of the affected children were under five and therefore couldn’t receive the COVID-19 vaccine. The adenovirus identified in many of the cases is also different from those used in adenoviral-based COVID-19 vaccines; the adenovirus vectors used in the vaccines have also been modified so that they aren’t infectious. While an adenovirus infection is one of the hypothesized causes of these cases of hepatitis, the cause remains unconfirmed. Public health authorities are still continuing to investigate other potential causes.

This Twitter thread by Muge Cevik, an infectious diseases and medical virology lecturer at the U.K. University of St Andrews, summarizes the state of the U.K. investigations. She reported on the presentation by the UKHSA’s director of clinical and emerging infections, Meera Chand, in a special session at the European Congress of Clinical Microbiology and Infectious Diseases on 25 April 2022.

This review was updated to include later claims incorrectly citing a study published in the Journal of Hepatology on 20 April 2022 as evidence that COVID-19 vaccines were associated with the cases of hepatitis in children. The headline has also been updated.