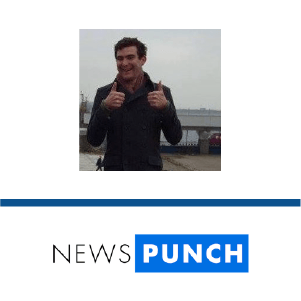 DETAILS
Misrepresents source: The World Health Organization’s AEFI algorithm does allow for post-vaccine deaths to be recorded and investigated for a potential vaccine link even after clinical trials have been completed. A “statistically significant increase in deaths during Phase III clinical trials” is not a prerequisite as the article claims.
Misrepresents a complex reality: While certain countries such as India may have many AEFIs categorized as “unclassifiable”, this is more indicative of insufficient healthcare resources for obtaining essential information for causality assessments - it is not necessarily evidence of a cover-up.
KEY TAKE AWAY

The World Health Organization’s system of classifying adverse events following immunization (AEFI) does allow for the recording and investigation of adverse events even after vaccines are licensed for use. Peer-reviewed studies and ongoing AEFI surveillance using systems such as the US-based Vaccine Adverse Event Reporting System (VAERS) show that adverse events continue to be monitored post-licensure. However, the WHO’s AEFI protocol is not implemented by the US healthcare system, so it does not make sense to claim that the protocol enables the US government to cover up vaccine deaths.

FULL CLAIM: [It] is nearly impossible to categorize post-vaccine deaths as vaccine-related. This is because the revised [AEFI] algorithm does not allow users to classify an AEFI as “consistent with causal association with vaccine” unless there is evidence showing that the vaccine caused a statistically significant increase in deaths during Phase III clinical trials

This post by NewsPunch contains an excerpt of an article by Robert F. Kennedy Jr., posted on the website Children’s Health Defense. Originally published in July 2017, it went viral on Facebook in October 2019 and has been shared more than 200,000 times. The article’s headline claims that “the government is covering up vaccine deaths” in a bid to “protect pharmaceutical companies”.

This claim hinges on a 2017 letter by Jacob Puliyel and Anant Phadke published in the Indian Journal of Medical Ethics[1]. This letter claims that revisions to the WHO’s AEFI causality assessment in 2013 “make it almost impossible to classify adverse events (deaths in this case) noticed for the first time in phase IV post-marketing surveillance, as ‘consistent causal association to immunisation’.”

The letter further claims that this is because “deaths seen during post-marketing surveillance cannot be classified as ‘consistent with causal association with vaccine’ if the vaccine did not cause a statistically significant increase in deaths in the small phase III trials. If the vaccine caused a significant increase in deaths in the small controlled trials, the vaccine would not be licensed. After licensure, all deaths that are seen in the larger post-marketing phase are simply labelled as coincidental deaths or unclassifiable.”

Physicians and scientists who reviewed this claim found it to be inaccurate and misleading in several ways. Firstly, the statement that “deaths seen during post-marketing surveillance cannot be classified as ‘consistent with causal association with vaccine’ if the vaccine did not cause a statistically significant increase in deaths in the small phase III trials” is incorrect. The revised WHO AEFI causality assessment protocol does allow for assessment of adverse events even after vaccines have passed clinical trials (see the checklist on page 38), including those that lead to death[2].

Kennedy states that for more than 90% of deaths recorded as AEFIs—as cited in the letter—the cause was labeled “unclassifiable”. This is suggested by the NewsPunch article to be proof of an attempt by the government to obscure the cause of post-vaccination deaths. However, reviewers explain that this is indicative of the current state of the healthcare system in India rather than a governmental cover-up. Establishing a causal association between a vaccine and an adverse event requires detailed case information. But such information can be difficult to obtain in a healthcare system with few resources for investigating AEFIs, such as in India.

Secondly, reviewers point out that each country has its own system for recording AEFIs—the US has its Vaccine Adverse Events Reporting System (VAERS), which does not apply the WHO’s causality assessment protocol to begin with. Therefore, the claim that the US government is using the WHO AEFI classification protocol to cover up vaccine deaths is unsupported.

Thirdly, Kennedy uses VAERS data out of context to perpetuate the misleading suggestion that death is a major concern of childhood vaccination. The WHO addresses this misconception here. Kennedy also does not mention that the VAERS website strongly encourages reporting of adverse events after vaccination, even when the cause of the event has not been established, and this can be done online by anyone (not only medical professionals). Deaths have indeed been recorded in VAERS, but simply because an adverse event occurred after vaccination does not mean that vaccination caused the adverse event (this is termed the post hoc ergo propter hoc fallacy), and VAERS warns that “the report of an adverse event to VAERS is not documentation that a vaccine caused the event.”

The US Institute of Medicine (part of the National Academies of Sciences, Engineering, and Medicine) published a report on its assessment of the safety of childhood vaccination schedules in 2013. The report states that “no evidence of major safety concerns associated with adherence to the childhood immunization schedule [were found].”[3]

UPDATE (17 Oct. 2019):
After this evaluation was published, NewsPunch issued a correction and removed any inaccurate and unsubstantiated claims in its headline and article, indicated by an explanatory note (link to archived version of the corrected article).

Abram L Wagner, Research Assistant Professor (Epidemiology), School of Public Health, University of Michigan:
Awnish K Singh, Secretariat (National Technical Advisory Group on Immunization), Ministry of Health and Family Welfare, India:
[The following is a joint comment by the above scientists]
Kennedy’s article contains a number of falsehoods. In the most recent WHO causality assessment protocol (page 38), adverse events linked to the vaccine product can be from any previously published peer-reviewed literature. Previous literature on deaths as adverse events following immunization have relied on observational studies and not just pre-licensure clinical trials[2].

Stating that “the government is covering up vaccine deaths” through the use of this protocol does not make sense. The Vaccine Adverse Event Reporting System (VAERS) in the United States already includes infant deaths, as Kennedy’s article indicates. The United States government does not use the WHO causality assessment protocol in any official capacity, and so the WHO causality assessment protocol has no relationship to whether or not cases are added to VAERS. Other governments make their own decision on whether and how to use this protocol. The examples of infant deaths in Kennedy’s article are from India, a country with a very different health care system to the United States. Kennedy is concerned about AEFI classifications, like being “unclassifiable”. But an AEFI remains unclassifiable due to the unavailability of adequate information related to the event, which is needed for causality assessment. This lack of information is very pertinent in countries like India which have fewer resources to investigate AEFIs.

Karina Top, Associate Professor (Division of Pediatrics), Dalhousie University:
This statement is misleading and lacks context. The first step in the AEFI algorithm requires determining a “valid diagnosis”, which could be a symptom, disease, abnormal physical exam, or abnormal laboratory test that corresponds to the adverse event. Death is an outcome, not a diagnosis, so in fatal cases, the valid diagnosis would be the cause of death, such as sepsis, sudden infant death syndrome (SIDS), etc. The causality assessment would examine the evidence for and against an association between the vaccine and that valid diagnosis (i.e., disease that led to death), including reviewing published peer reviewed literature for studies of association between that disease and the vaccine[4,5,6]. They would examine clinical trial data as well as data from post-marketing studies and surveillance.

Puliyel and Phadke’s claim that causality was reported differently for children with the same diagnosis (intractable convulsions is their example) is not supported by the data presented. They show only the causality assessment by the child’s outcome (hospitalization followed by survival or death). They did not report the valid diagnosis that led to hospitalization or death, which is what the causality assessment would have focused on. Thus, there is no evidence that hospitalizations and deaths had the same valid diagnosis and were classified differently.

Lastly, Kennedy’s article starts out by sharing misleading data from the Vaccine Adverse Event Reporting System (VAERS) without context in stating that 1,881 infant deaths following vaccination were reported over 20 years. He fails to state that VAERS encourages reporting of adverse events that occur after vaccination even if it is not certain that the vaccine was the cause. The infant mortality rate in the United States (from all causes) is 5.8 per 1,000 live births and with 3,855,500 births per year, this translates into 22,362 infant deaths per year or 61 deaths per day. Therefore, the 1,881 deaths reported in VAERS (94/year), even if underestimated, is within or less than the number expected to occur by chance after an immunization.

We previously reviewed claims related to vaccine safety, found to be either inaccurate, incorrect or unsupported: