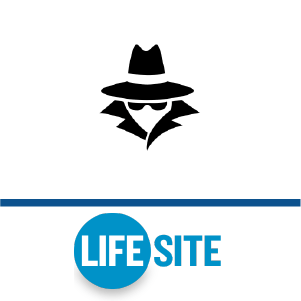 DETAILS
Unsupported: The increased risk of blood clots is acknowledged by physicians and drug manufacturers, and in general this information is conveyed to patients through various channels, so the claim that women are not warned is false.
Lacks context: The article is correct in stating that there is a 2 to 4-fold increase in the risk of blood clots from oral contraceptive use, but does not explain that this is in terms of relative risk. In terms of absolute risk, the likelihood of blood clots in healthy non-smoking women using oral contraceptives is still very low.
KEY TAKE AWAY

Increased relative risk of blood clots is a well-documented side effect of oral contraceptives. However, considering that the absolute risk of blood clots in healthy non-smoking women is very low to begin with (about 1 to 5 in 10,000), oral contraceptive use translates to a risk that is still much lower when viewed in comparison to other conditions such as pregnancy.

FULL CLAIM: Thrombosis means blood clots that can cause stroke, heart attack, blindness, brain damage, and death. Still, women are not warned about the risk of blood clots with their daily steroidal hormone pill. This is serious and senseless deception and negligence.

This article, which has been shared more than 550,000 times on Facebook and was trending recently, reproduces another article published by the organisation Stop Planned Parenthood. The article discusses the increased risk of blood clots as a result of oral contraceptive use, citing several personal accounts of women who did suffer from blood clots while on the pill, as well as other related news reports. It claims that “[thrombosis] means blood clots that can cause stroke, heart attack, blindness, brain damage, and death. Still, women are not warned about the risk of blood clots with their daily steroidal hormone pill.”

The claims that women are not warned about this risk is false – drug information leaflets which come with the packaging do communicate this risk to patients (see leaflets for common oral contraceptives like Yasmin and Yaz). Physicians who reviewed the article found that while it was correct in stating the increased risk of blood clots from oral contraceptives[1,2,3,4,5], they explained that the 2 to 4-fold increase relates to relative risk, and not absolute risk. To put this in perspective, healthy non-smoking women between the ages of 15 and 45 have a baseline, “spontaneous” risk of between 1 to 5 in 10,000[6]. Therefore, a 4-fold increase from oral contraceptives would translate to a risk of about 4 to 20 in 10,000, which is still very low. Readers may wish to consider that the risk of blood clots during pregnancy and the postpartum period – which oral contraceptives would prevent – is at least 5 to 60-fold higher in terms of relative risk[7,8]. Cases of pregnancy-related thrombosis accounted for nearly 10% of maternal deaths in the United States between 2011 and 2015, according to the Centers for Disease Control and Prevention (CDC).

Reviewers also pointed out that it is standard practice for healthcare providers to review a patient’s medical history and carry out laboratory tests to assess the risk of thrombosis and determine if oral contraceptive use is safe for a particular patient (see recommendations by the World Health Organization and the CDC). The assertion that oral contraceptive prescription is underpinned by “serious and senseless deception and negligence” might be true in individual cases, based on anecdotal reports, but is not supported by guidelines from health authorities (World Health Organization, CDC).

All medical interventions come with side effects and oral contraceptives are no exception. The article is accurate in stating the increased risk of blood clots arising from oral contraceptive use, which is well-documented in scientific literature. However, it should be kept in mind that such cases are rare despite the amount of media attention. The article does not provide enough context to help readers fully understand what the risk actually means, thus verging on exaggeration. Readers may therefore be misled about the magnitude of danger associated with oral contraceptive use.

Aaron Lazorwitz, Assistant Professor (Obstetrics & Gynecology), School of Medicine, University of Colorado Denver:
It is true that combined oral contraceptives increase a woman’s relative risk for thrombosis and studies have consistently found this risk with contraceptive methods that contain estrogen. However, it is important to keep in mind that the absolute risk of a thrombotic event is still pretty low given how rare it is for any young woman to experience a thrombosis.

We should trust women to make their own healthcare decisions with the advice of their healthcare provider. Millions of women in the US choose to use contraceptives containing estrogen, even knowing the risks, because they have determined that is the best contraceptive method for them. It is important to note that pregnancy is also known to increase a woman’s risk for thrombosis, and so not using any contraception comes with its own risks.

Philip D Darney, Distinguished Professor, Department of Obstetrics, Gynecology & Reproductive Sciences, UCSF:
The article is correct in saying that the risk of thrombosis is increased 2 to 4-fold among users of combined oral contraceptives (COCs) and is the only life-threatening risk from COC use. All the provider and user package instructions clearly state the increased risk and it is repeated by all the doctors and nurses I know who prescribe pills and often in the pages of newspapers and magazines.

However, the claim is misleading in the sense that the 2 to 4-fold increase is in terms of relative risk, not absolute risk. Since the baseline risk of thrombosis in healthy non-smoking women between the ages of 15 – 45 is about 1 in 10,000, therefore using standard low dose oral contraceptives would increase it to 2 in 10,000. Consider that the risk of thrombosis as a result of being pregnant is at least 30 times greater. The risk of dying as a result of being pregnant in the USA (of which thrombosis is an important cause) is about 17 in 100,000 live births[9]. COCs are judged so safe (compared to aspirin for example) that they are available over-the-counter in many countries (e.g. UK, France and everywhere in Asia and Latin America). So the writers are right on the basic fact but wrong on its interpretation.

Full Fact published a fact-check related to the oral contraceptive Rigevidon, which also addressed a similar concern about the risk of blood clots while on the pill.