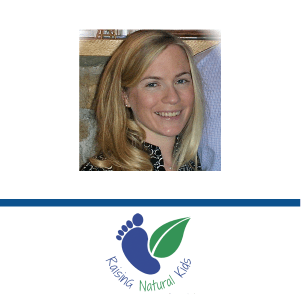 DETAILS
Inaccurate: Studies show that the DTaP vaccine is not causally associated with SIDS. SIDS is not listed as a side effect (adverse reaction) to the vaccine.
Misrepresents source: The vaccine’s package insert, displayed in the article, states that some cases of SIDS have occurred after DTaP administration, but it also explains this is due to chance alone.
KEY TAKE AWAY

Although cases of SIDS have occurred after the DTaP vaccine, there is no evidence to support the claim that the DTaP vaccine has caused these cases. Studies show that DTaP vaccines, and vaccination in general, are not associated with an increased risk of SIDS.

The article containing this claim was published in December 2019 and went viral on Facebook in early February 2020. The article’s headline states that “SIDS [is] listed as a side effect on a DTaP vaccine insert” and includes a photo of the insert from the DTaP vaccine Pediacel. This claim is not true. The list of adverse reactions in the vaccine’s package insert does not include SIDS as a possible side effect.

Furthermore, SIDS is not an established consequence of the DTaP vaccine or of any vaccine in general. According to the Children’s Hospital of Philadelphia:

“Since immunizations are given to about 90 percent of children less than 1 year of age, and about 1,600 cases of SIDS occur every year, it would be expected, statistically, that every year about 50 cases of SIDS will occur within 24 hours of receipt of a vaccine. However, because the incidence of SIDS is the same in children who do or do not receive vaccines, we know that SIDS is not caused by vaccines.”

DTaP vaccines immunize against several diseases including diphtheria, tetanus, whooping cough, and polio. SIDS, or sudden infant death syndrome, is defined as the sudden and unexplained death of an infant younger than 1 year old. The exact biological cause has not been established, but risk factors identified as associated with SIDS include sleeping on the stomach (as opposed to the back) and premature or low birth weight[1]. But SIDS has not been associated with immunization[2,3,4,5].

The article also provides no evidence to support its claim that “70% of children who have died of SIDS received the pertussis vaccine within 3 weeks before death”. The insert shown in the article states that cases of SIDS have occurred in infants following administration of DTaP vaccines, but that no evidence suggests that the incidence is greater than by chance alone.