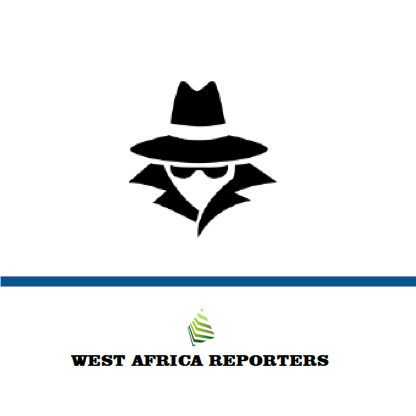 Conflicting results from different studies do not provide sufficient evidence to confirm that frequent ejaculation is associated with a lower risk of prostate cancer nor how large is the protective effect. Although some studies suggest that high ejaculation frequency might reduce the risk of developing prostate cancer, it cannot completely prevent the disease.

FULL CLAIM: “Men must have sex at least 21 times a month to avoid prostate cancer”

On 23 January 2020, West Africa Reporters published an article reporting that a medical doctor and herbal practitioner from Nigeria instructed men “to have sex at least 21 times a month to avoid prostate cancer.” The article, which went viral at the time of publication, was shared on Facebook in early October, receiving more than 45,000 interactions according to the social media analytics tool CrowdTangle. The claim is based on a 2016 study published in European Urology that analyzed whether past history of ejaculation frequency at different ages was associated with differences in the risk of developing prostate cancer[1].

Prostate cancer is the second most common type of cancer among men in the U.S., and is caused by the uncontrolled growth of cells in the prostate. The prostate is an organ located between the bladder and the penis that produces seminal fluid and plays an important role in ejaculation. In the 2016 study, almost 34,000 health professionals from the Harvard School of Public Health responded to a questionnaire in 1992 about their own personal history of average monthly ejaculation frequency at different ages. Follow up surveys were conducted from 1992 to 2010 to evaluate the incidence of prostate cancer among participants.

The authors of the study concluded that men who ejaculated 21 times or more per month were less likely to report prostate cancer later in life than those who ejaculated four to seven times per month. While these results might imply that a high ejaculation frequency reduces the risk of prostate cancer, it does not guarantee disease avoidance, as the article claims.

This data is part of the ongoing Health Professionals Follow-Up Study, a cohort study launched in 1986 by the Harvard School of Public Health that aims to identify associations between men’s lifestyles and health outcomes. Such cohort studies involve following health outcomes of a group of people (cohort) who share a common feature, such as occupations, over time. Individuals within the cohort differ in other characteristics that researchers can survey at the beginning of the study and correlate with the outcomes of interest to identify risk factors for a particular disease.

In contrast to clinical trials, cohort studies do not involve any intervention by researchers, for instance, by assigning one group to a drug treatment and another group to a placebo treatment. Instead, they either compare the cohort with the general population or subgroups within the cohort, such as smokers versus non-smokers. Cohort studies are easy and cheap to conduct, allowing researchers to study long-term health outcomes in large groups of individuals.

However, one limitation is that they cannot control for factors beyond the scope of the study that may affect outcomes. Although the authors of the Harvard study did control for some potential confounding variables, a range of other factors which alter the risk of prostate cancer might also have influenced the results. For instance, circumstances of ejaculation, lifestyle, nutritional habits, and socioeconomic level might all affect the risk of prostate cancer. Also, self-reporting on one’s personal history of ejaculation can introduce inaccurate reports due to recall bias.

Apart from the Harvard study, there are other studies that also support the finding that a higher frequency of ejaculations might reduce the risk of developing prostate cancer later in life[2,3]. However, the evidence is not conclusive yet, as different studies have found mixed results, ranging from no association[4] to a higher risk of prostate cancer with increased ejaculation frequency. For example, a 2008 study found that frequent masturbation reduced the risk of prostate cancer for people in their 50s, but increased the risk for people in their 20s and 30s. Intercourse activity alone was not associated with the disease, suggesting that the circumstances of ejaculation may influence the results[5]. A 2016 review on the topic concluded that ejaculation frequency probably influences a male’s risk of prostate cancer, although its magnitude and the mechanism behind this influence remains unclear [6].

Researchers have identified several risk factors that might increase the chances of developing prostate cancer, including smoking, diet, and obesity. While having one or more risk factors does not mean a person will develop the disease, oncologists recommend keeping healthy habits and exercising regularly to reduce the risk.

The Mayo Clinic also states that the scientific evidence that frequent ejaculation reduces the risk of prostate cancer is not conclusive.