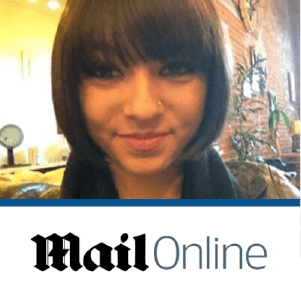 CLAIM
While e-cigarettes may have milder effects on the lungs, they are just as bad - if not worse - for the cardiovascular system
VERDICT more about the rating framework

DETAILS
Current evidence shows that e-cigarettes are less harmful than combustible cigarettes. However, recent studies have also shown e-cigarettes’ harmful effects on human lung cells and the mouse lung, raising questions over the effects of vaping on the lungs in the long run. That said, scientists do not support the statement that e-cigarettes would be “just as bad - if not worse - for the cardiovascular system”, as claimed in the Daily Mail article.
KEY TAKE AWAY

The long-term health effects of e-cigarettes in humans are still unclear. While they contain much fewer toxic chemicals than combustible cigarettes, these chemicals are nevertheless present and capable of causing harm. Although e-cigarettes can reduce harm in smokers by reducing the use of combustible cigarettes, they are likely to have a negative impact on the health of people who otherwise do not smoke at all.

FULL CLAIM: Budding research on e-cigarettes also suggests that these flavors contain terpenes that may be more damaging to the lungs than other flavors are. Other studies have indicated that while e-cigarettes may have milder effects on the lungs, they are just as bad - if not worse - for the cardiovascular system, raising risks of heart disease and high blood pressure.

This Daily Mail article reports on the Food and Drug Administration (FDA)’s decision to regulate e-cigarette advertising. Originally meant as a tool to help smokers quit smoking, e-cigarettes have instead made their way into children’s hands. With “more than 2 million US teenagers” now using e-cigarettes, the FDA has labelled vaping an epidemic. While e-cigarette manufacturers have denied targeting their products at children, it is also clear that many e-cigarettes have been designed with packaging and flavours which appeal to teenagers.

E-cigarettes are relatively new, therefore their long-term impact on health is not well-established. A study has reported that toxic and potentially carcinogenic substances are present within e-cigarette vapour, although fewer than in combustible cigarettes[1]. Besides toxic chemicals, the nicotine in many e-cigarettes also presents another health issue. Aside from addiction – potentially acting as a gateway to future drug use – nicotine is also associated with cardiovascular problems (e.g. high blood pressure). These findings have led health authorities and professionals to express significant concerns about the popularity of e-cigarette among teenagers[2].

In general, reviewers agreed that e-cigarettes cause harm to the lungs and cardiovascular systems. However, opinions differed as to the degree of harm to both systems, and the safety of e-cigarettes relative to combustible cigarettes.

Irfan Rahman, Professor, Department of Environmental Medicine, University of Rochester:
E-cigarettes are not a safer alternative to tobacco smoking. We have published several papers on human, mouse, and cell-based studies using flavors and nicotine including vaping, showing that e-cigarettes are damaging to oral and lung tissues/cells[3,4,5,6].
Neal Benowitz, Professor Emeritus, School of Medicine, University of California San Francisco:
I think it is reasonable to conclude that there may be some harm to the cardiovascular system and lungs from e-cigarette smoking, but in my opinion far less than that of cigarette smoking. E-cigarette flavors contain lots of different chemicals. Some e-liquids contain terpenes, others do not. I am not aware of data showing that terpenes are more damaging to lungs than other flavors. I disagree with the statement that e-cigarettes are just as bad for the cardiovascular system. With e-cigarettes, the nicotine-like effects (on blood pressure, for instance) are just a small fraction of the cardiovascular risk. The combustion products (e.g. conventional cigarettes) are the ones producing major risk chemicals[7,8].
Sukhwinder Sohal, Lecturer, School of Health Sciences, University of Tasmania:
These claims are correct based on available scientific evidence. We also reported damaging effects of e-cigarettes on lungs in a recently published study[9]. Proteins which cells secrete in response to e-cigarettes and IQOS are also part of the cancer pathology. So I wouldn’t be surprised if these devices lead to lung cancer.
Martin Chaumont, Physician, Department of Cardiology, Erasme University Hospital:
As reported by the US National Academies of Science, Engineering and Medicine, nearly all the data (short and mid-term exposure) show that e-cigarettes are far less dangerous than combustible cigarettes to the respiratory and cardiovascular systems[10]. This is because vaping (in real-life settings) does not produce significant amounts of carbonyls (combustion by-products) and carbon monoxide, which are both present in the smoke of combustible cigarettes. These compounds, rather than nicotine, are the main factors leading to cancer, atherosclerotic disease and chronic obstructive pulmonary disease in smokers. Of course, as there are no controlled human data on long-term e-cigarette toxicity, we will have to monitor carefully potential side effects.There are many ways to vape, which can significantly modulate its health effects[10]. The variety of devices and e-liquids available is extraordinary, presenting formidable challenges to scientists. In order to accurately estimate vaping’s toxicity, several factors have to be considered, such as power of the device, nicotine concentration, total amount of e-liquid vaped per days, and flavors. For instance, vaping at a high wattage with a large amount of strongly flavored e-liquid per day could be harmful for the lungs. In contrast, vaping less e-liquid at low/mid-wattage could be safe. To the best of my knowledge, there are no data giving clear cut-offs in vaping methods to distinguish safety and toxicity of vaping.It is true that some data show certain flavors to be more damaging to the lungs than others[3]. Flavors are one of the largest question marks in this field since there has been little work examining them. However, it seems that some flavors are more toxic than others. It is unknown if the amount of these flavors present in e-liquid is sufficient to cause toxicity in real-life vaping conditions[11]. Studies are in progress.It is true that most data has shown e-cigarettes to be less harmful to the lungs than combustible cigarettes. This is mainly due to the lack of carbonyls, which are present in tobacco smoke. However, the physico-chemical properties of propylene glycol/glycerol could drive another form of toxicity, for instance at the level of small airways[12]. Studies are in progress.However, it is not true that e-cigarettes are “just as bad, if not worse” than combustible cigarettes for the cardiovascular system. E-cigarettes containing nicotine do increase heart rate and blood pressure. But these are the effects of nicotine, rather than the effects of the e-cigarette itself. Furthermore, while nicotine is a strongly addictive alkaloid, it does not cause major cardiovascular toxicity. This is known from data on non-combustible nicotine (such as nicotine replacement therapy[13] and snus[14]). It is the tar from tobacco combustion (carbonyls) that causes most of the cardiovascular toxicity[8].In conclusion, vaping is certainly far less dangerous than tobacco smoking. However, extreme vaping conditions (such as the use of high power, high e-liquid amount consumed per day, certain flavors) likely produce other kinds of toxicity, which we should carefully monitor.

E-cigarettes were originally developed as a smoking cessation aid. They work by heating a liquid (also called e-liquid, e-juice) within a cartridge, producing a vapour that is inhaled like conventional cigarettes. Like other smoking cessation aids such as nicotine patches, e-cigarette liquid commonly (but not always) includes nicotine.

E-cigarette liquid also contains many other chemicals, especially for flavoured versions designed to make vaping more pleasant. Some of these chemicals can also undergo changes upon heating, producing various by-products, not unlike combustible cigarettes. However, a study has shown that the toxic by-products in e-cigarette vapour are fewer in number and lower in concentration[1]. This suggests that they would cause less harm to smokers than combustible cigarettes, and therefore serve as a useful harm reduction tool.

However, less harm does not equate to being harmless. People who smoke e-cigarettes will still be exposed to more toxic chemicals and carcinogens than those who do not smoke at all. The effect of these chemicals on health in the long run is still unknown. This is the main issue driving the debate and concern about e-cigarettes’ health effects: its growing popularity in people who would otherwise not be smoking, such as teenagers.

Consistent with the finding of toxic chemicals in e-cigarette vapour[1], a study by Rubinstein et al. found significantly higher levels of various chemicals such as acrylonitrile and acrylamide in the urine of adolescents using e-cigarettes compared to non-smoking adolescents[15]. Acrylonitrile has been classified as a possible carcinogen (cancer-causing substance) by the International Agency for Research on Cancer, while acrylamide has been linked to neurological damage[16].

Experiments using human and mouse cells grown in culture medium also showed that e-cigarette vapour can cause changes in DNA and prevent DNA from being repaired after damage[17,18]. Such DNA changes can be a precursor to cancer, although it is also important to keep in mind that these in vitro tests may not reflect exactly what happens in a human body, as discussed in this Guardian article.

The ill-effects of conventional cigarette smoking on the respiratory tract is well-established, but no conclusive evidence yet links e-cigarette use to respiratory disorders[10]. Some studies conducted on human lung cells and mice found that e-cigarette vapour caused oxidative stress and inflammatory responses[3,4]. A study involving a telephone survey on adults about e-cigarette use found an association between e-cigarette use and diagnosis of asthma and/or chronic obstructive pulmonary disease (COPD)[19]. An ongoing study in the US also found wheezing to be associated with e-cigarette use[20], although the study did not take into account certain factors that could have contributed to wheezing (such as diet and physical activity levels). Furthermore, neither of these studies prove that a cause-and-effect relationship between vaping and respiratory disorders exists.

The Italian study illustrates e-cigarettes’ potential as a smoking cessation aid, and how it could improve the health of heavy smokers by allowing them to switch to a relatively less toxic form of smoking. However, the success of e-cigarettes in helping people to actually quit smoking is still debated among researchers – a systematic literature review[22] showed how some studies found an improvement in quitting, while others did not.

In summary, short-term use of e-cigarettes certainly appears to be less harmful than using combustible cigarettes, suggesting that e-cigarettes could be a useful harm reduction tool. However, a clear picture of long-term health effects from vaping has yet to emerge, since e-cigarettes are relatively new. Recent studies show that dangerous chemicals are present in e-cigarettes and that short-term exposure to e-cigarette vapours are detrimental to DNA integrity and cellular stress. These findings strongly indicate that vaping is unlikely to be completely harmless. Ultimately, people who do not smoke in the first place would be better off not picking up a vaping habit at all.