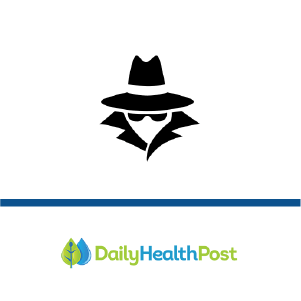 DETAILS
Overstates scientific confidence: The study did indeed find that fasting helped to protect against chemotherapy-induced immunosuppression, but this observation was made in mice, not humans.
KEY TAKE AWAY

Fasting has been observed to cause profound changes in the immune system in some studies, but these studies have been conducted primarily in mice. The findings may therefore not predict results in humans. Additionally, while some animal studies have found beneficial effects on the immune system from fasting, other studies have instead observed potentially detrimental effects, so caution is recommended before beginning a fasting regimen.

FULL CLAIM: the act of fasting for as little as three days can regenerate the entire immune system

The article that contains this claim was originally published by the Daily Health Post in December 2014 and its contents were reposted in a separate article in June 2019. The article has circulated widely, receiving more than 800,000 shares and began trending again on Facebook as of September 2019. It claims that “the act of fasting for as little as three days can regenerate the entire immune system” based on the findings of a 2014 study[1]. Similar claims on the immune-boosting effects of fasting have also been made in outlets such as Medical News Today, The Source and Gaia.

Scientists who evaluated the claim for this review include the senior author of the 2014 study, Professor Valter Longo, who explained that the claim is misleading and unsupported. They highlighted that the study was performed in mice, not humans, and so the effects cannot be directly extrapolated to people.

Several other studies have demonstrated the profound effects of fasting on the immune system[2,3,4,5,6], however findings by some studies suggest that fasting could also have detrimental effects. For instance, one study found that fasting for 48 hours led to significantly slower wound healing in mice, as well as impaired immune response to infection[2]. The effects of fasting may also differ depending on a person’s age and health status, making results hard to predict. As such, individuals are advised to consult their medical provider before beginning any fasting diet.

A summary of research findings on the potential benefits and drawbacks of fasting and calorie restriction diets has been published by the National Institute on Aging, a division of the U.S. National Institutes of Health.

Valter Longo, Professor of Biological Sciences, Leonard Davis School of Gerontology, University of Southern California:
The claim may be technically correct but misleading. Fasting increases the level and function of long-term hematopoietic stem cells (LT HSCs) in mice[1], which in fact can be responsible for the regeneration of the immune system and as far as I know the “entire immune system”. However, this observation was made in mice, not in humans. In humans, we only know that fasting decreases the level of immune cells while re-feeding restores the level of immune cells. This suggests but does not prove that similar regenerative effects will take place in humans.

Stefan Jordan, Postdoctoral Fellow, Icahn School of Medicine at Mount Sinai:
The claim that fasting regenerates the entire immune system is NOT justified.

The study’s authors discovered that fasting has a pro-regenerative effect on stem cells after chemotherapy. The claim sounds as if one would get a brand new immune system through fasting. It is important to note that prolonged fasting in healthy adults can actually have negative effects on the immune response to infection and after tissue injury, as we reported in our recent study published in Cell[2].