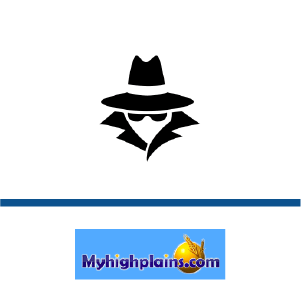 DETAILS
Inadequate support: The article’s claim that smudging a room by burning sage or other herbs will eliminate bacteria is based on a single, low-quality study, whose findings are not backed up by other research
Inaccurate: Experiments in the cited study involved burning a blend of plants that did not include sage.
KEY TAKE AWAY

Some cultures burn sage or other plants to cleanse the air as part of religious practices. But scientists have published no high-quality studies showing whether the smoke can kill or remove bacteria in the air. Furthermore, inhaling smoke can cause or worsen respiratory issues and other health problems.

Several websites, including MyHighPlains.com, have run articles stating that burning sage in a room for an hour will clear up to 94% of bacteria from the air. These news stories latched onto a 2007 paper where scientists burned havan sámagri, a fragrant mix of wood, roots, and herbs burned during certain Hindu rituals, and then grew bacteria that they sampled from the air. The scientists concluded that the smoke is an effective way to remove disease-causing bacteria from a room[1].

These articles are inaccurate, however, because havan sámagri does not contain sage and was therefore not tested in the 2007 study. Furthermore, no high-quality studies have tested whether sage smoke has any antibacterial effects. The NIH National Center for Complementary and Integrative Health also reports that “sage has not been clearly shown to be helpful for any health condition” when ingested.

Additionally, it’s difficult to say whether the herbs in havan sámagri that the researchers did burn have any effect, because the 2007 study has a design flaw. The researchers burned the medicinal plant materials plus mango wood in a closed room for one hour and filtered the air at several timepoints between one and 24 hours later to sample any airborne bacteria. They reported a rapid decline in bacteria in the air. But instead of repeating the entire experiment without the havan sámagri as a negative control, they compared the numbers of airborne bacteria to a single control sampling point after one hour of burning mango wood first. As a result, it’s not possible to say whether the 24-hour reduction in microbes is purely due to the havan sámagri.

Specific components of smoke from various plants have been shown to limit microbial growth in fungal and bacterial cell cultures[2,3] and in smoked meats[4]. The exact reasons why they work, or whether they would be effective on the air in a living space, are unknown.

Even if further studies show that havan sámagri smoke can clean bacteria from the air, it likely dirties the air in another way—by releasing soot and other potentially hazardous airborne particles. The health effects caused by soot are widely studied. The U.S Environmental Protection Agency reports that exposure to soot can aggravate asthma, cause breathing problems, and even increase the risk of early death in people with heart and lung problems.

In summary, there is not enough evidence yet to recommend the burning of sage, havan sámagri, or any other herbs to disinfect the air. Furthermore, people with pre-existing respiratory and heart problems may be wise to avoid the smoke released by smudging, as it may aggravate those conditions.